There are also one-day nature walks that pass through the park's old growth forests to its most impressive waterfalls: Tad Leuk, Tad Xay and Tad Xang.
Trips are led by local guides from Ban Hatkhai Village, where overnight home stays are also available. Self-guided walks can be taken from the visitor center at That Leuk, which has camping facilities and tents for rent.

Bolikhamxay Province is also the location of the Nam Kading National Protected Area, which although not yet developed for tourism, has high potential for wildlife viewing with virtually no people living within its borders. The Wildlife Conservation Society has plans to assist the province in determining the feasibility of developing ecotourism in the Nam Kading.

One of the country’s most extensive wetland systems, located near Pakxan town, hosts a unique and abundant population of migratory birds. The area can be accessed by a number of trails southwest of Pakxan town.

The terrain is very rugged with large boluder strewn streams and spectacular cascades.The area ranges in altitude from around 140m at the Research and Training centre to 1588m. 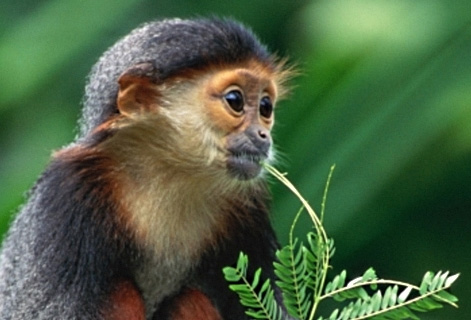 Four main rivers cut through the NPA. The major one, the Nam Kading, which means “Water like a bell”, gives its name to the protected area. The Nam Kading is a major tributary to the Mekong River, and its catchment area covers approximately 92% of Bolikhamxay Province, approximately 15,977km² and cuts through the NPA from north to south. The remaining three rivers (the Nam Muan, Nam Sat and the Nam Tek) cut the NPA into four mountain ranges: the Phou Louang range, the longest, to the southwest; the Phou Ao range to the southeast; the Thalabat range to the northwest; and Pa Guang range in the northeast.

Surveys in Nam Kading have documented many endangered species.  There are at least 13 globally and 12 regionally threatened mammals. Gaur, sun bear, and both northern and southern white-cheeked crested gibbon are present, making the area particularly important for gibbon conservation.

The Lao People's Democratic Republic (Lao PDR or Laos) is home to the most abundant and intact ecosystems in the Indochina Peninsula. Laos embraces four of the Global 200 Eco-regions, the richest, rarest, and most distinct examples of the Earth's diverse natural habitats, which are critical for biodiversity conservation and global sustainability. 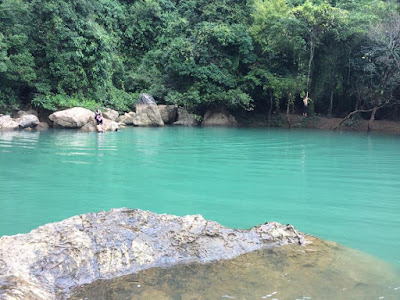 To help protect this stunning natural beauty the Lao government has designated a National Protected Area (NPA) network to conserve all key habitats and ecosystems. This network of 20 NPAs covering 14% of the country is recognised as one of the best designed in the world.

To gain a real insight into the heart of Laos you can visit NPA's from the north to the south of the country, discovering diverse habitats and lifestyles in areas ranging from mountain peaks to wetland plains. Your visit will contribute to the conservation of unique ecosystems and traditions that have shaped Laos over generations.
4:05:00 AM
Thượng Võ
Laos, Laos travel, travel
Email ThisBlogThis!Share to TwitterShare to Facebook