Happy News From a Married Triad 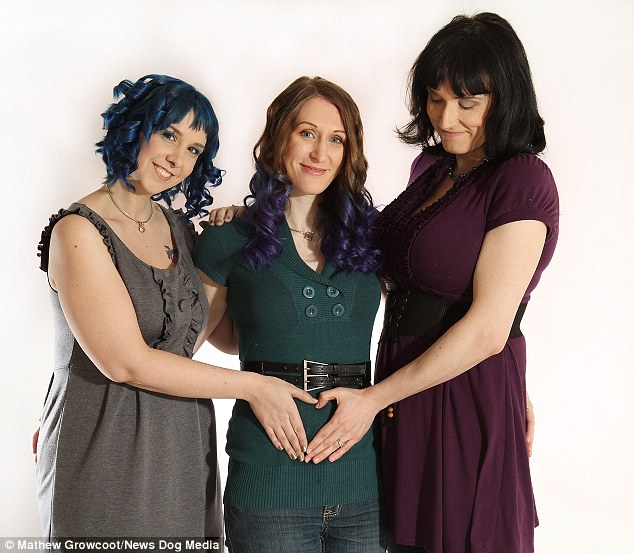 When last we blogged about Doll, Kitten and Brynn, they had shared news of their wedding, which isn't legally recognized as a marriage because of ongoing denial of full marriage equality. Well, now they are expecting! Here's the coverage from Deni Kirkova at dailymail.co.uk...

Doll, Kitten and Brynn, from Massachusetts, were joined together in a marriage-style ceremony last August and are expecting a daughter in July.

Kitten, 27, is pregnant after undergoing IVF treatment using an anonymous sperm donor, and the trio eventually plan to have three children - one for each of them.


Hopefully, the triad will be able to have their marriage treated equally under the law sooner rather than later. Why should these mothers be denied the rights? Want more children to be raised within marriage? Let more people marry!
11:13:00 PM
Unknown
lack of equality harms, LGBT, love, polyamory, pregnancy, same-sex, triads
Email ThisBlogThis!Share to TwitterShare to Facebook