The Latest Example of Why This Blog Exists 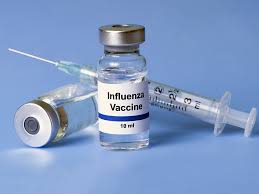 When consenting adults have to hide their relationship due to lingering unjust laws and prejudice, they face issues as demonstrated in the conversation below.


You can read about Bonnie and her fiancé here. The woman (Anonymous) who starts the conversation is married to a man who happens to be here genetic father. Like Bonnie, this is a Genetic Sexual Attraction situation, meaning these men did not raise these women. These women were strongly attracted to the men in their lives and are happy with them.

Anonymous: So one of my old high school friends is starting to figure out [my husband in my genetic father.] Now I'm worried about her reaction to it.

Bonnie: My grandfather is doing the same. It's so annoying cause you want to tell them but you don't how they're going to react. Or if they really are figuring it out.

Bonnie: My dad says that grandpa is picking on me like he used to his girlfriends. We are so confused.

Anonymous: Well she has been my friend for 9 years now, and I have wanted to tell her but couldn’t because of fright.

Anonymous: I want her to figure it out so she will ask me about it.

Bonnie: Yes that's what we did with our one and only friend, other than our roommate, who knows. I think it's the best way because people who don't wanna know or are afraid to know usually do not ask so you know it's most likely the time you can admit it.

Anonymous: She keeps telling me to tell her what is going on and she will be open minded, but I still don't know.

Bonnie: Just wait until she asks. It's going to be safer in my opinion.

Anonymous: Well, my adopted family knows and hates me for it. They are trying to get our kids now and everything.

Can you imagine going through things like this simply because of loving another adult?

These people are why this blog is here... to help people get their rights.
6:03:00 AM
Unknown
allies, boundaries, children, coming out, consanguineous, family reaction, father-daughter, GSA, lack of equality harms, love, persecution, prejudice, stigma
Email ThisBlogThis!Share to TwitterShare to Facebook