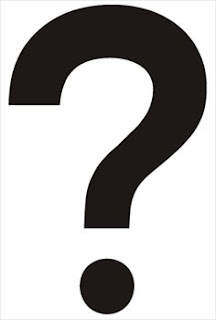 Discussions like the one below pop up everywhere. This one at collegenet.com was started by claskate who asked, "Is incest always bad?"

Recently a father and daughter were charged with two counts of third degree felony incest, both facing up to 5 years in prison. The father is 52 years old and the daughter is 24 years old. They both knew they were biologically related and it was a consensual relationship. The daughter was adopted as a child and then found her father when she was 21. They got to know each other and a year after they met, they started having sexual relations.


She is referring to this case in Utah.


If the incest is consensual should they still be tried?


No, they shouldn't. They should be free to be together and to marry, if that is what they want.


Would you condone this relationship if they truly loved each other even though they are related?


Of course I would.


Would you still consider it wrong if they didn't know they were blood related?


It isn't wrong even when people do know they are blood related.

shinny437 was first to respond.

Incest should never be allowed.

Why not? But instead of explaining right away, she wavers...


Or maybe it could be if procreation isn't allowed. Maybe sterilze both individuals?


The birth defects that can come from that are pretty alarming.

The birth defects that can come from unrelated parents are pretty alarming, too. But most children born to close relatives are healthy.


I also think the social stigma associated with that would never subside enough for it to be allowed.

"I'm against it because people are against it." Got it. You know, the social stigma about interracial relationships will never subside, and no child of such a relationship will ever amount to anything, right.

It seems so wrong for someone to bring a child into this world, just to become intimate with them later on.

Wouldn't want relatives to be "intimate" now would we? He didn't farm and groom her. He may not have even known she existed until they got in contact when she was an adult. He did not raise her.


I didn't know incest was a crime. I knew it was frowned upon by a majority of society, but I didn't know it was a legitimate crime. That's kind of nuts.

It's cruel and destructive.

I would condone the relationship because I don't care what other people do in the comfort of their own home. Two people engaging in a relationship with their family members doesn't force me to do the same. People can do what they want.

I don't think knowing you're in a relationship with a family member makes incest worse. At its core, the relationship is based on love and caring for the other person. If you're oblivious to the incest, it shouldn't affect your relationship. Why do couples have to cater to the desires of other people? They should only care about each other's opinion.

This child is more like to be born with defects, mental disabilities, a great amount of allergies. I am getting this information from experience. From underpriviledged countries, this has been true for all children born from an incest relationship.

Not true! Most are healthy.


I have heard many stories about these situations yet I have no scientific evidence to prove my point.

There's a reason for that. TenkenNoKaiten...


There's nothing actually wrong with it, some cultures indulge, people have been doing it for millennia, but it has been beaten into us since birth that such things are wrong, unholy, dirty, whatever you want to call it. Fathers and daughters or siblings have been getting hitched and popping out kids forever. Look at the history of certain royal families from almost any culture and you'll find tons of incest.

AshtangaMama was familiar with the term Genetic Sexual Attraction, which is a good sign...

And like many have mentioned before me... what about children? We surely all know or know of at least one child that struggles because of the parents whether they are gay or interracial or an unpopular religion... Can you imagine being the child of two blood relatives?


Life would be hard enough with that torment but statistics show the child would also be plagued with birth defects.

Again, not true. If people could see just how many people they've encountered who have close genetic relatives for parents, they'd be shocked at how many there are and how most of them are doing well, thankyouverymuch.


I honestly feel that bringing a child into the world from an incestuous relationship would be cruel.

Stigmatizing love, especially taking it out on the children of the lovers, is cruel.


The term "consensual incest" is somewhat of an oxymoron. Incest by its very definition is detrimental to the human race so the notion that it would ever be consensual seems odd in itself.


Without ruining my morning breakfast, if I found out I was dating my biological father I would be pretty turned off to say the least.

Some people have thought that, but when they've experienced GSA they have been surprised.

Like others have said from a biological stand point I have to say that it is bad and shouldn't happen. The risk for genetic defects is very high and the population relies on genetic variation for long term survival, and that is why there are some many genetic variation possibilities built into sexual reproduction.


This confuses the situation, as if Melinder is saying if it weren't for anti-consanguinamory laws, she (and everyone else) would only be having children with close relatives. Is there something she wants to tell us? The question isn't, "Should everyone be forced to only reproduce with their close relatives?" It is "Should consenting (meaning if they want) adults be free to have sex without criminal prosecution?" Remove anti-consanguinamory laws, and the vast majority of children will still be born to people who aren't close relatives.

Like avillalp, I had no idea that incest was even a crime. Sure, I see the danger in it, but I don't think it should be illegal if the two people consent to the relationship.

I think about it this way, and this kind of relates to a forum that greycloudbear posted yesterday... if someone with HIV/Aids wanted to have a child, it would be wrong to tell them that they can't. There is a chance that the child will have HIV/Aids, but there is also a chance that they will be perfectly fine. Doing a quick search, aids.gov says that an untreated expecting mother has a "25% chance of passing the virus to her baby."

With incest (father-daughter), there isn't an exact percentage because there are so many other factors that play into it. Even if it is higher than 25%, they should be able to choose and love on their own.


Thank you! Pheebster also brought some education to the conversation...

The kids argument is fallacious because not ALL kids born of incest will be born of defects. It only increases the likelihood. There are lots of things that can increase a child's risk of being born with defects. Should we ban women over 40, women who smoke, women undergoing cancer treatments, women taking certain medications, women with genetic diseases, etc. from having children? No, of course not. The likelihood of a child being born with defects is not a determinant for who is allowed to have children and with whom. Do I think it's fair for people with known high-risk backgrounds to have kids who might be born with defects? No, not really, but until we get into the business of regulating who gets to have kids, it's not really my place to say.

All that said, let's not forget that the Russian monarchy died out in large part due to their history of incest - nearly every male in the family was born with hemophilia because they would often marry brothers and sisters to preserve family purity.


Uh, I think the Russian monarchy died out because of lead poisoning.


I know it sounds harsh, mean spirited, rude, crass, tactless, but how many of you want the courts deciding who you sleep with? I know I don't want the government, judge, jury. or prosecutors in my bedroom or interfering with my body.

Thank you!
claskate then returned to the thread she started..,


Like most of you also, I agree that it should not be illegal; why is the government always trying to get in our beds?! In Virginia, we have a law that states one may not have sex other than that of in the missionary position and one cannot have sex with the lights on. I don't even understand how that became a law, just let us live our sex lives in peace!


As someone else had previously mentioned, making any form of relationship incest/gay/polygamous illegal is outrageous!

But this person does have reservations...

My last opinion on this topic, as much I don't support incest I do not wish to outlaw it and say that no one else may engage, is that incestual relationships with minimize people's families. The way I see it is that you are brought into this world by two people who must unconditionally love you no matter what, some are lucky to have a number of siblings to do the same. On top of that you have both of your parents' parents and your parents' siblings and their kids to also love you unconditionally. Even with the smallest possible family that leaves you with 6 people who will care for you no matter what. To marry someone outside of your family gives you atleast 6 more people to love you unconditionally.

There is no guarantee that parents will love their own children and treat them right. Many don't. Some people don't have any siblings, and single children do quite well, on average. Some people are born after one, some or all of their genetic grandparents have died, or are not raised near their grandparents. Also, some people are raised by one parent, whether due to divorce or break up, death, casual sex, incarceration, adoption or foster care, or use of donated sperm/eggs/embryo.

There may good reasons why any two people should not be lovers or not marry or not have children, but it should be up to them to make those decisions. Prejudice and discrimination, including criminalization or the denial of equal access to marriage, should not be a factor. Once again in this discussion, the opposition to relationship rights was almost entirely based on Discredited Arguments #1 and 18.

There is still no good reason why an adult should be denied the right to marry (or have sex with) any and all consenting adults.
2:55:00 PM
Unknown
allies, breaking up homes, consanguineous, father-daughter, GSA, incest, prejudice, prosecution, reunion, stigma, Utah
Email ThisBlogThis!Share to TwitterShare to Facebook