Washington (CNN)The transformation of Donald Trump begins Thursday.
http://edition.cnn.com/2016/11/10/politics/donald-trump-barack-obama-transition/index.html
The freewheeling, acerbic, often vulgar and offensive maverick of the campaign trail has 70 days to become a president.
Trump will begin the process with a remarkable meeting with President Barack Obama at the White House, an encounter between antagonists who never bothered to hide their visceral dislike for one another.
After his stunning election victory over Hillary Clinton, Trump also has a dizzying list of tasks to fulfill, and the White House meeting is only the start of his hectic agenda before Inauguration Day. 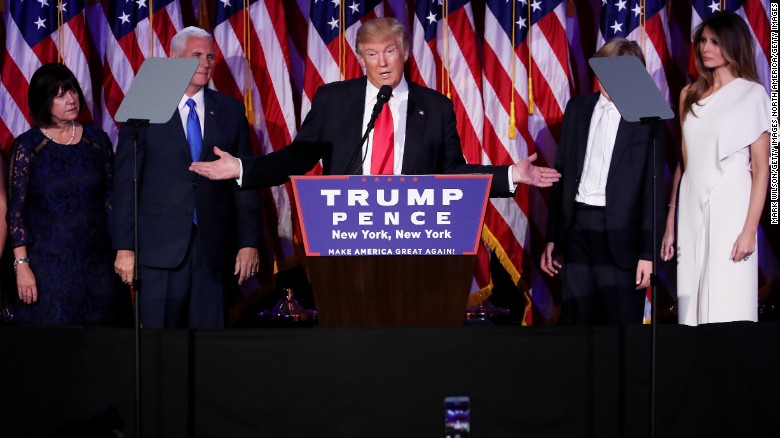 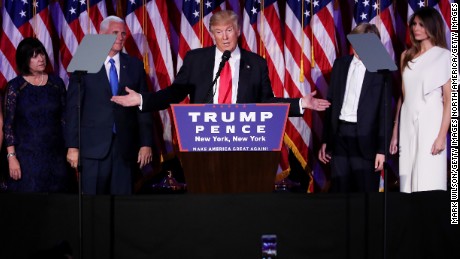 These are Trump's key promises for his first 100 days 01:02
First, the President-elect must make a stab at uniting the country, after a scorched-earth campaign in which he consciously tore at the nation's gender, racial and economic fault lines to build a movement to win power. He's practicing some unusual humility.
"I pledge to every citizen of our lands that I will be the president for the American people," Trump said in his victory speech Tuesday. "For those who have chosen not to support me in the past, for which there were a few people, I'm reaching out to you for your guidance and your help so we can work together and unify our great country."
But his challenges were on clear display Wednesday as protests broke out from Boston to Los Angeles.