Meg Whitman: I will vote for, and donate to, Hillary Clinton 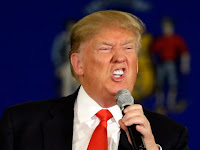 (CNN)Meg Whitman, a major GOP donor and former California gubernatorial candidate, said Tuesday she would support Hillary Clinton over Donald Trump, making her one of the highest-profile Republican defections.
"Donald Trump's demagoguery has undermined the fabric of our national character," Whitman said in a statement. "America needs the kind of stable and aspirational leadership Secretary Clinton can provide."
Whitman, the president and CEO of Hewlett-Packard, also said in an interview with the New York Times she would use her considerable resources to make a contribution to the Clinton campaign and its allied super PACs.
Clinton herself asked Whitman for her support, the businesswoman told the Times, which was the first to report the endorsement.
Whitman's comments came as Trump has clashed with members of his own party over a protracted dispute with the family of a Muslim US soldier who was killed in action. They also came on a day that saw the first sitting Republican member of Congress express support for Clinton as well as the top adviser to former Florida Gov. Jeb Bush and the former top aide to New Jersey Gov. Chris Christie.
The latter two defections mean Whitman's endorsement capped off a two-day period during which three Republican women said they would cross the aisle to back Clinton over Trump.
Whitman ended her statement endorsing Clinton by calling on all Republicans to follow her, saying: "I urge all Republicans to reject Donald Trump this November."
Whitman is no stranger to politics, having raised money for Republican candidates and embarking on a failed bid to become the governor of California. In this cycle, she supported Gov. Chris Christie -- who is among Trump's most prominent backers.
As the election unfolded Whitman continually railed against the Republican nominee and his supporters. When Christie endorsed Trump, Whitman took him to task, calling it "an astonishing display of political opportunism."
At the time, she also made a pledge not to back Trump should he emerge from the primaries victorious.
"I won't be voting for Donald Trump," Whitman said Friday on CNBC. "Look at the comments he's made about women, about Muslims, about reporters, it's just repugnant."
After Trump clinched the GOP nomination, Whitman compared Trump to Hitler and Mussolini at a private retreat hosted by 2012 Republican nominee Mitt Romney.
In her bid for governor, Whitman staked out many conservative positions at odds with the Democratic nominee. The statement that she will not only oppose Trump, but actively work to elect Clinton shows how deep-seated Whitman's dislike of the Republican nominee has grown.
CNN's Dan Merica contributed to this report.
11:01:00 PM
Unknown
Donald Trump, Hillary Clinton, news, trump
Email ThisBlogThis!Share to TwitterShare to Facebook