The Baronetcy of Pringle of Stichill ~ Reference under Judicial Committee Act 1833 s.4 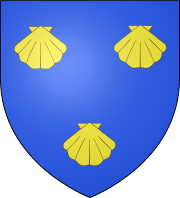 The Judicial Committee of the Privy Council has advised Her Majesty that Norman Murray should be enrolled as the Baronet - Judgment (PDF) and Press summary (PDF)
3:56:00 AM
Unknown
english, Laywer
Email ThisBlogThis!Share to TwitterShare to Facebook