A Texas Couple Denied Marriage Equality Under the Law 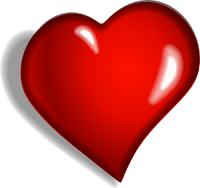 
Jake and Alice are consenting adults who have a passionate love for each other. Yet they face discrimination and prejudice for their love.

Read the interview below and ask yourself if there is one good reason these two consenting adults should be denied their rights or should have to hide. [Bumping up due to a short update at the end.]

Jake: I am a 20-year-old male from Miami, Florida currently relocated to the suburbs of Dallas, Texas. I am white, 6'1" with brown hair and green eyes, I consider myself to be attractive. I have always been active and involved in various sports. We live in a nice and quiet town in the suburbs I would describe us as upper-class.

Alice: I'm 35, the mother of one son. I work in real estate. I currently live with my son. I became pregnant at the age of 15. After my son was born, his father decided to leave and hasn't been a part of either of our lives since.


FME: Are you married or have you ever been married?

Jake: Neither one of us has ever been married.


FME: How would you describe your sexual orientation and your relationship orientation?

Alice: We are both monogamist and heterosexual.

Jake: We live alone, just the two of us.


FME: You are in a sexual relationship with each other?


FME: What kind of relationship did you have before it became sexual?

Jake: We had a standard mother/son relationship. I was always very open with her and we talked about everything together. I could always be open and honest about almost anything with my mother and her with me all without judgement.

Alice: Everything Jake says is true. However, I was probably a little overprotective being a young single mom. I was always very open about sex and sexuality with my son during his teenage years to make sure if he did have sex he would be careful and use protection.


FME: How did sexual affection become a part of your relationship?

I went back into his room and sat down on his bed and told him we needed to talk about what he was doing. He told me he was sorry, but that he couldn't help it and admitted he had been thinking about me, spying on me and masturbating to me for years. He even admitted that he would always think about me whenever he was having sex with his girlfriend. I was so overwhelmed by what was happening that I don't exactly know what came over me, but I just grabbed him and started kissing him; not as a mother but as a lover. We started making out heavily with him on top.

It was such an intense feeling both because it was my son doing whatever he could to [please me] but also because it had been so long (almost a year) since my last sexual partner. The feeling was so intense, knowing what we were doing was so "taboo" and that there was no going back. When we made eye contact, the feeling was one I had never felt with any other lover before. At that moment, I wasn't his mother, I wasn't there to protect or care for a boy; I was a woman who wanted nothing more than to have my body give him pleasure.

It took us both a while to recover. When he did he looked at me and just kissed me. We kissed for a while and were together in each other’s arms asleep the rest of the night.

Jake: I wasn't really able to process what was happening, it was so intense and I loved it but it just happened so fast. I was going on pure instinct and lust, not thinking about anything that was happening. It was amazing; my fantasy was literally coming true right at that moment. It was pure ecstasy.


FME: Before this, had you ever thought this would be possible?

Alice: I never thought about incestual relationships, much less actually being in one myself, nor have I ever been in one other than with Jake. We had never heard of other mom/son couplings prior to our relationship, but afterward we have made contact with four other couplings: three mom/son, and one mom/aunt/son through the internet, and have met and still frequently meeting up in real life.

FME: How do you describe the sex/lovemaking now? Is there a routine to how it is initiated?

Alice: The sex itself is still somewhat taboo due to the fact we must keep it secret in order to continue our relationship without punishment from the law. Our relationship is essentially that of a married couple (except legally married of course,) but also that of a mother/son relationship. It's somewhat of a strange balance, yet it works well and honestly our relationship has never been better or closer. Concerning sex, it is the best sex I've ever had, better than any other partner, any position, anything you can think of. As far as routine, one of use usually hints the other (or outright says it) and that's all it takes.

Jake: The sex is amazing, sex with my mother is better than with any of my past girlfriends. Our relationship is better too, I have a lover who cares for me physically and emotionally and I know that her love for me is without question, as it has been my whole life.


FME: Describe your relationship now.  Do you see each other as family or lovers, or are those two roles inseparable at this point?

Jake: We live together publicly as mother and son, but privately as husband and wife. We are in a closed relationship and are completely committed to one another. As for our true feelings, it would be impossible to separate out identities as mother and son from that as husband and wife, they are one in the same. We are completely monogamous and have only had each other as lovers since our sexual relationship began.


FME: Does anyone in your life know the full, true nature/history of your relationship and how did they find out? How have they reacted?

Alice: As I mentioned earlier, we have met four other incestual couplings both online and then in real life. They know our full, true history and our current situation and have no judgements. Also one other friend, my friend "Jane" and her son, Jake's friend "Steve" (whom we frequently tease and suggest they hook up) also know. They have all accepted what we are and how we feel fully with support and no judgements.


FME: Having to hide the full nature of your relationship from some people can be a disadvantage. Can you describe how that has been? Are there any other disadvantages? Conversely, do you think consanguineous relationships have some advantages and some things better than unrelated lovers?

Alice: Thankfully, we both have an outlet via our friends to be open and honest about our relationship. Without that I think we would have both gone insane from the secrecy. However, there is still the disadvantage of not being able to be publicly open like almost every other couple is allowed. Right now we can openly be mother and son but not spouses which means in public we have to lie to others about who we are truly. As far as advantages go, I know for a fact that I love my son and that he loves me, not just as lovers but something deeper that is a love stronger and with deeper bonds than non-consanguineous relations.


FME: What do you want to say to people who disapprove of your relationship, or disapprove of anyone having this kind of relationship? What's your reply to those who would say that this is one of you preying on the other(and that you can’t truly consent)?

Jake: I would say that our relationship is not dependant on your approval or disapproval; it is based upon our commitment and love for one another. Also our relationship is none of your business and does not impact you in any way, plus you probably don't know us in real life anyway so why should you really care? If we were never in a relationship, and my mother came to me today asking me out on a date I would readily accept without hesitation. You can't force someone out of a relationship that they want for themselves.

Alice: I would never question anyone else's love, nor would I disapprove of any other consenting relationship. Honestly, I don't care what anyone else thinks, we are happy and that is all that truly matters. As far as "preying" goes, we have both had discussions after our initial sexual encounter about what we wanted from our relationship and both decided that we could break up if either felt uncomfortable. Today we are essentially married emotionally, spiritually, sexually, etc. every way except legally.


FME: Aside from the law, which I think is ridiculous, can you think of anything that would make relationships like this inherently wrong?

Alice: As long as both parties are consenting, nothing about two people being in love could nor should be wrong.

Jake: If everyone involved is open and honest about their feelings and their expectations of the relationship then they should be free to be together.


FME: If you could get legally married, and that included protections against discrimination, harassment, etc., would you?

Alice: Yes, on day one we would be first in line.

Jake: Yes, though at this point it would be a formality in terms of "being married," but we would gladly welcome any sort of legal protections.

Jake: Be open and honest about your feelings, the outcome might be something amazing for both of you. However, make sure the other partner is interested, or at least is open minded enough to understand incase the feeling isn't mutual.

Alice: Don't be afraid or ashamed of your emotions, but know that there may be tension if the feelings are made public and are one sided. Act calmly and slowly, flirt a little but don't just say hey I want a romantic relationship with you, be cautious and optimistic but be realistic; it may not happen for you two.


FME: What would you say to someone who doesn't believe you are for real?

Jake: Honestly, other than meeting us in person, I doubt there would be much we could do to prove we are for real.

Alice: My feelings are the same ones for those who disapprove, I don't care because I am too busy living my life.


FME: Any plans for the future?

Jake: We plan on having a child together within the next 12 months, other than that nothing else will change.

UPDATE July 2014: Jake wrote to me recently to say "Hope all is going well. I am just writing you to update you, and to let you know that my mother is pregnant."

CONGRATULATIONS to Jake and Alice! Everyone here wishes you a successful pregnancy!

There you have it. Consenting adults who aren't hurting anyone, who have a beautiful love, but are denied their rights.

Why should they be denied their rights? There’s no good reason.We need to recognize that all adults should be free to be with any and all consenting adults as they mutually consent, and part of doing that is adopting relationship rights for all, including full marriage equality sooner rather than later. People are being hurt because of a denial of their basic human rights to love each other freely.

You can read other interviews I have done here.

If you are in a relationship like this and are looking for help or others you can talk with, read this.