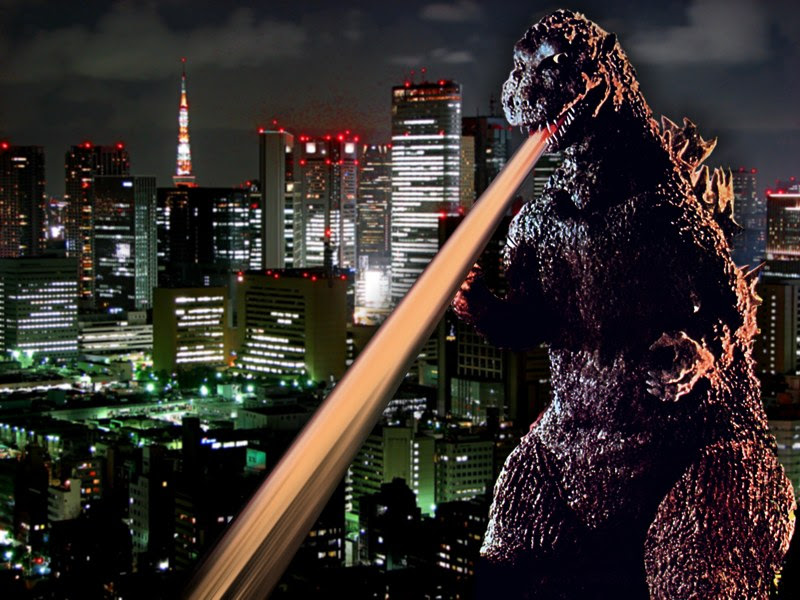 As predicted, the Veterans Administration (VA) waiting-list fracas is going from bad to worse.  Seeking refuge from all the bad news, the Population Health Blog naturally responded by inviting the spouse to go see the new Godzilla movie in IMAX 3D.

Mysteriously, she declined the invitation.

Despite the two-plus hours of lonely and noisy cinematic excess, thoughts about the VA still intruded. As a result, the PHB has created another multiple choice test that tests readers' awareness of popular culture and this corner of health care policy.

1. is convinced that there is a cover-up
2. is still awaiting the report of the Nuclear Administration Inspector General who has yet to find any wrongdoing by anyone who is in charge
3. has an annoying level of anxiety that, in the opinion of the PHB, warrants industrial-strength doses of Xanax

At several key moments in the movie, there are sudden malfunctions of electronic equipment. That's because (select the best answer):

1. of monster-sized electromagnetic pulses
2. they're networked with the VA's computer system that manages wait lists
3. they're not, as the PHB spouse likes to frequently point out, Apple-based products

1. have unbalanced the natural order and must therefore be destroyed
2. the White House first learned of when they read the news reports
3. are a couple and - thankfully - were not filmed when the female's eggs were fertilized prior to their implantation in the ceiling of the San Francisco subway system.

1. because the monster has very big feet
2. OK, because the injured will be able to get care outside of the Veterans Administration health care system
3. the result of the generals failing to heed the lessons of the 1960s Godzilla movies that repeatedly demonstrated tanks and machine guns are to no avail.

At the end of the movie, Godzilla appears to be taking a dirt nap. He (select the best answer):

1. is merely tired and has decided to rest
2. is providing us with a useful reminder us that even prehistoric creatures had to deal with wait-times.
3. awakens when a San Francisco veterinarian ill-advisedly attempts to obtain a nasal biopsy.