Another Example of the Importance of Terminology 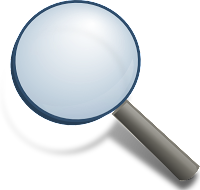 Today’s interesting search phrase reminds me why I used the terms “consanguinamory” and “consanguineous sex” when I talk about consensual incest, to distinguish what I’m talking about from abuse or assault.

Someone found my blog searching…

how to repair a marriage after incest

It makes a world of difference whether the “incest” involved is consensual sex or some form of abuse or assault.

Let’s start with abuse or assault. I can’t imagine encouraging someone to “repair a marriage” to someone who has molested or assaulted a close relative or family member; even more so if the victim of such a horrific crime is a child. Perhaps the situation is a little different than that, though. What if the spouse isn’t the perpetrator, but rather the spouse’s parent or sibling or other relative is? In such a case, I’d say the first step to repairing the marriage would require that spouse provide protection against the perpetrator, including by not allowing the perpetrator or anyone enabling the perpetrator around the victim or any other vulnerable person. If the spouse was the victim of the assault, they need a supportive partner more than ever, and there are therapists that can help.

The second category involves activity that was consensual sex between the individuals involved, but was cheating. For example, someone wants to know how to repair their relationship with their spouse after catching them cheating with a sibling. This blog isn’t about marriage counseling, so I’m not going to write much about this other than to say that consanguinamorous bonds can be nearly unbreakable in some cases. If it was apparently a one-time event while they were drunk or stoned, that’s one thing, but if it was an ongoing affair, that can be something else entirely.

The final category is when someone finds out that their spouse has been involved in consanguineous sex or consanguinamory and it wasn’t cheating, either because it happened prior to any vows or agreements or was under an open marriage agreement that did not require approval ahead of time. Again, consanguinamorous bonds can be especially strong, so it is understandable if someone is concerned about this having been a part of their spouse’s past or if someone who’d agreed to an open marriage ended up becoming uncomfortable that their spouse has become involved with a close relative, asked for that to end, and is now trying to figure out how to move forward. It might be easier if they understand that such relationships are common enough that they know others who have been involved, whether they know it or not, and it doesn’t mean anything is wrong with their spouse. There have been many people who’ve had such experiences who’ve gone on to have lasting, happy relationships with people who aren’t relatives, without significant, lingering problems.
2:14:00 AM
Unknown
boundaries, cheating, consanguineous, incest, terminology
Email ThisBlogThis!Share to TwitterShare to Facebook