Laos Travel: When is the best time to go to Vang Vieng

When is the best time to go to Vang Vieng? Here's some information to help you in your decision:
The best months for good weather in Vang Vieng are January, February, March, November and December
On average, the warmest months are February, March, April, May, September and October
January is the coldest month of the year
The rainiest months are July and August
For full information about the climate and weather in Vang Vieng a specific month, click on the corresponding line below:

Between january and february the climate is beautiful. The temperature rises to 33°C and it rains about 11% of the time in february.

In march the climate is perfect. The temperature rises to 35°C and you can expect to have 59mm of rainfall/month during this period.
In the month of april the climate is not good, but still OK. The record temperature this month is 41°C and it rains about 155mm each month. 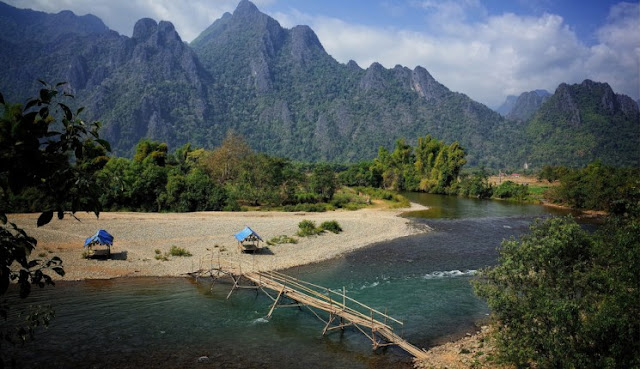