November to January is the best time to visit lowland Laos, when daytime temperatures are agreeably warm, evenings are slightly chilly and the countryside is green and lush after the rains. However, at higher elevations temperatures are significantly cooler, sometimes dropping to freezing point.

In February, temperatures begin to climb, reaching a peak in April, when the lowlands are baking hot and humid. During this time, the highlands are, for the most part, equally hot if a bit less muggy than the lowlands, though there are places, such as Paksong on the Bolaven Plateau, that have a temperate climate year-round.

Due to slash-and-burn agriculture, much of the north, including Luang Prabang, becomes shrouded in smoke from March until the beginning of the monsoon, which can at times be quite uncomfortable, and of course doesn’t do your photographs any favours. 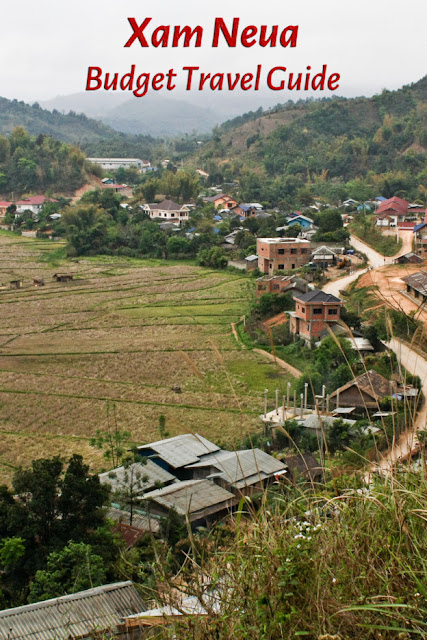 The rainy season (generally May to September) affects the condition of Laos’s network of unpaved roads, some of which become impassable after the rains begin. On the other hand, rivers which may be too low to navigate during the dry season become important transport routes after the rains have caused water levels to rise. Note that the climate in some northern areas – notably Phongsali and Hua Phan (Sam Neua) – can be surprisingly temperamental, even in the hot season, so you could have one scorcher of a day, followed by a cold, wet day that’s enough to convince you you’re no longer in Southeast Asia.

The capital of one of the most remote provinces in Laos, Xam Neua (also Sam Neua) sees very few western tourists and while the city itself has little to offer, the surrounding area is beautiful and includes the wonderful little town of Vieng Xay. Located in the far northeastern corner of Laos, getting here requires a very long bus ride over a windy road that climbs steadily into the mountains. It’s a spectacular ride, but due to the time and effort required, the only western visitors who make the trip are generally on their way to or from nearby Vietnam.

The wet season runs from April or May to October and the best time to visit is directly after it ends, as the rice fields will be a lush green. The rest of the dry season from November to March and the hot season from March to April/May are fine too, but the farther removed from October, the browner the fields get.

Buses from Nong Khiaw cost 130,000 Kip and take 10-11 hours. You could come all the way from Luang Prabang, but I don’t recommend it, as the trip would take over 15 hours and you’ll pass through Nong Khiaw anyway. You could also spend a night in Vieng Thong to break up the trip even more.

Coming from Phonsavan, your bus will cost 100,000 Kip and take around 8 hours.

The bus station is just outside town, a few kilometers from the guesthouses. It’s all downhill and you could easily walk it, but tuk tuks should only cost a few thousand kip.