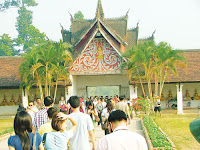 That Ing Hang Stupa is about nine metres high with beautiful carving and decoration. It’s reported to house a relic of Buddha’s spine. The 16th century stupa is located in Savannakhet, Central Laos. Savannakhet itself is famous as the birthplace of Laos’ popular former leader, Kaysone Phomvihane.

It was also known as a French trading outpost back in colonial times therefore there are a number of vintage French colonial and Sino-Franco buildings in the business districts. 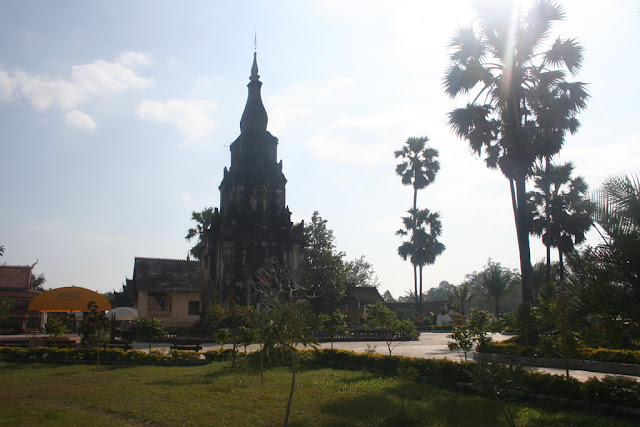 The sacred stupa is an important place of worship not only for Laotian Buddhists but also Thai Buddhists who live in northern Thailand. ‘Dress with respect’ is a must for all visitors. Women may be required to wear traditional pahsin (Lao-style sarong) before entering the temple grounds. There are plenty of them available at the nearby stands and stores. 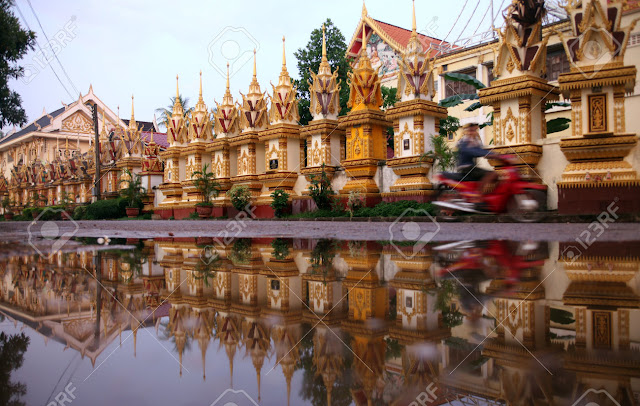 That Ing Hang Stupa Opening Hours: Daily from 08:00 – 18:00 Location: In Ban That Village about 15km north of Kaysone Phomvihane District, Savannakhet Province in Central Laos How to get there: To get there from Kaysone Phomvihane, it’s best to take a tuk tuk taxi for the roundtrip or to rent a motorbike. If coming from Thailand, visitors can easily cross the 1.6km-long Friendship Bridge from Mukdahan Province to Laos’ Savannakhet. The border crossing is usually open from 09:00 – 16:30
5:08:00 AM
Thượng Võ
Laos, Laos travel, Visit Lao
Email ThisBlogThis!Share to TwitterShare to Facebook