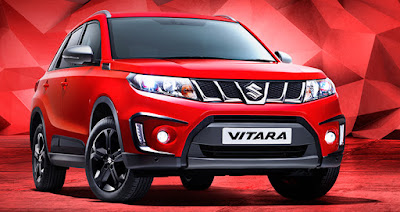 The new Suzuki Vitara, which was launched in 2015, walked away with not only the title for Most Popular Crossover, but also Car of the Year. Their video "The Suzuki Vitara: 10 Things You Need To Know" on their YouTube channel has been watched more than 250,000 times.
Full List of 2016 Award Categories and Winners:
12:51:00 AM
Thượng Võ
crossover, suzuki
Email ThisBlogThis!Share to TwitterShare to Facebook