Home » css » how to » javascript » How to Use Character Entities in CSS, HTML and JavaScript

How to Use Character Entities in CSS, HTML and JavaScript 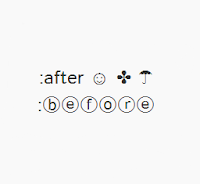 Sometimes, when using scripts, we must write special characters like accents by using a special set of codes called character entities, however these don't always look good or we get a question mark or other strange symbols. Usually, this is solved if the character encoding is done right but the logic may not always work. 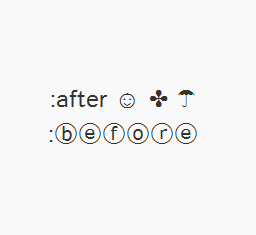 In Blogger, special characters most of the time appear correctly, but when it is about other services, like external files, things can get complicated.

For example, this usually looks good and when you click on this link, you should see the letters in the right way:

If we are trying to use other method and we want to use this type of characters, sometimes we need to write them in a special format called escape sequence which is nothing but a backslash followed by a letter and a number in hexadecimal format. In the case of common characters or accents, it would be \x followed by two hex digits:

Or we can use \u followed by the Unicode character code expressed as four hexadecimal digits:

this will allow us to see correctly what we couldn't before if we were using some other services:

On this page you can find a comprehensive list of all the characters, both symbols and different alphabets.
Although rare characters are not often used in the CSS, there is a case when they are necessary as well, like when using the content property with the :after and :before pseudo-elements.

The same criteria applies there, but we only need to add a backslash followed by the four-digit hexadecimal code. For example:

Remember that IE doesn't understand the :before pseudoclass with content, and you would have to set the list-style-type property as none, or you would get 2 bullets in CSS compliant browsers.
4:00:00 AM
Unknown
css, how to, javascript
Email ThisBlogThis!Share to TwitterShare to Facebook