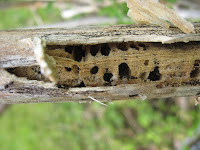 I've now been back in the United States for three days now, and each day I have made time to go out looking for insects. I've missed the familiar plants and temperate weather, and on top of that, I've had a lot of success, especially today. So far I've confined myself to my backyard, but that hasn't limited what I've found.

I pulled off some dead bark from some staghorn sumac, and found some ants which had set up residence inside the plant. 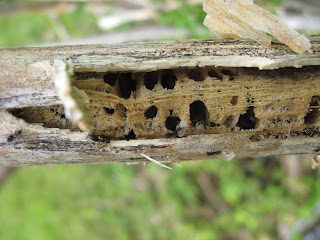 They quickly grabbed the ant larvae and ferried them away from view, and ran around feverishly trying to figure out what had happened. I was hoping for some beetle grubs, but this was fine too.

I also found a firefly crawling around in the grass. It's still a bit chilly for most of the fireflies to be out, but I've seen a few. Hopefully it will only be a few weeks until they're out in abundance and flashing. Speaking of fireflies, if you haven't yet, check out Firefly Watch, a project to look at firefly abundance and gather data on fireflies. It's a project you can help out with: just register your location, habitat, and watch fireflies for 10 minutes. It's great fun, and you'll learn a lot while you're collecting data. 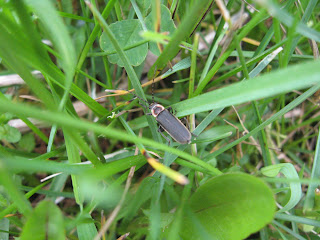 Next on my list was finding a caterpillar. "Awesome!" I thought, being the first caterpillar I had found. 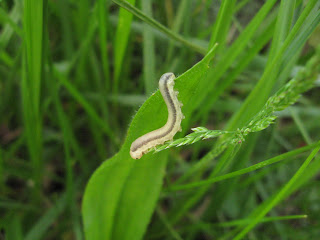 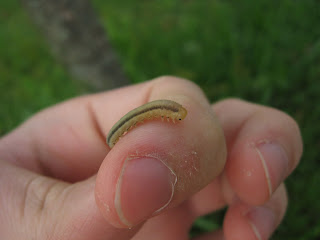 After taking a closer look, however, I realized that this wasn't a caterpillar at all: it has way too many prolegs. I'm not sure what exactly it is, but the only other group I know of that are similar to caterpillars in their larval stage are sawflies. Well, you also have beetles, but this is definitely not a beetle grub. So I'm leaning towards sawfly, and I'll see what I can figure out.

I next found something super cool: a molted spider skin. Until a few months ago, it never even occurred to me that spiders shed their skin. Of course they're arthropods, but it just never crossed my mind. Sort of like the clover thing, I suppose. 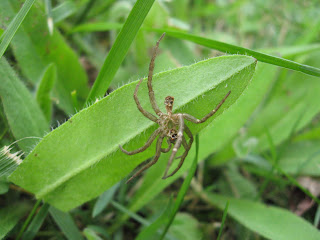 I came upon a tree which had its leaves full of small holes, and soon found the (alleged) culprits: weevils. There were many all over the tree, most of them mating. I'm not sure of what species of weevil they are, nor what species of tree they were on, so if anyone knows, leave me a comment. UPDATE: Thanks to Tricia, this mystery has been solved: they're a pair of mating Tulip Tree Weevils (Odontopus calceatus) mating on a tulip tree (Liriodendron tulipifera). 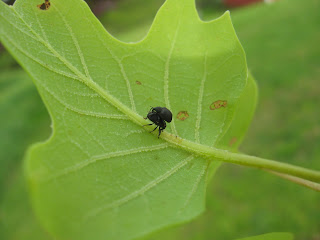 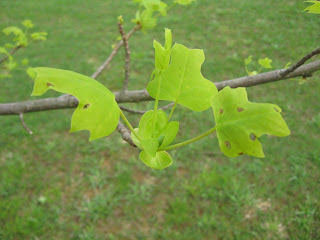 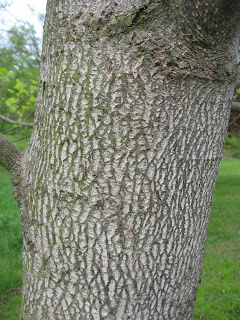 Once I was nearing the end of my romp around my yard, I came upon a particularly unfortunate beetle. 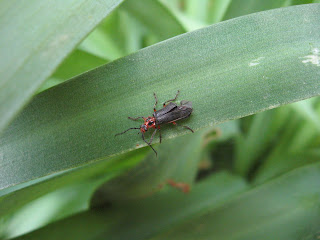 Its right wing and elytra didn't look to be in the best shape, but it was persevering. I'm pretty sure it's Atalantycha bilineata, the two-lined leather wing, but I need to look at it a bit closer first to be sure. I haven't ever seen this beetle before, it's great to know that I haven't found anywhere close to all the insects in my yard yet. We'll see what tomorrow brings!

All of these pictures were from yesterday, so I'll post my pictures from today's hunt tomorrow. 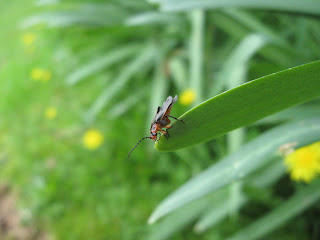