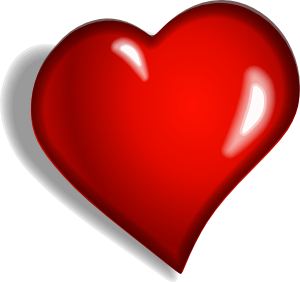 By my count, this is the thirty-seventh ongoing relationship I've covered through exclusive interviews in which the lovers are denied the freedom to be open about their love and are, by law, denied the freedom to marry and have that marriage treated equally under the law. (Read the interview and you'll see how they decided to work around this.)

The man in the interview below is a responsible adult, someone you might live next to or work with, in a consensual relationship with another adult. Yet they face discrimination and prejudice for their love, having to hide the truth. They are very much in love and it is cruel to discriminate against them or criminalize their relationship.


Read the interview below and ask yourself if there is one good reason why people like this person, going under the name "Ranger," should be denied the right to marry and have their marriages treated equally under the law or should have to hide the full, true nature of their relationship from anyone.

FULL MARRIAGE EQUALITY: Tell us about yourself.

Ranger: I am a 28 year old banker, living in Canada, originally from India. My looks are average and so is the built. I have only one younger sister who is two years younger than me, who is now my wife. She is extraordinarily good-looking.

I have legally married my sister, but have used some forged documents to show that she is not related to me by any means. We were married in a court.


FME: How would you describe your sexual orientation and your relationship orientation?

I am a heterosexual monogamist.


FME: You currently live with?

I live with my sister, who is now my wife. Our parents are dead. We have twins.


FME: You are in a sexual relationship with your sister, correct?

I am in a physical as well as marital relationship with my real sister. We are born of one single couple i.e. our mother and father are one and the same.


FME: Tell me about the twins. Do they have extra heads, as common misunderstanding would predict?

They are amazing, good looking and quite intelligent too. They are healthy as well.


FME: What kind of relationship did you have while you were growing up?

We had a very friendly relationship as children. We grew up together in a nuclear family. In our culture, people generally don't get separated from parents until death. I must also admit that the trend nowadays is changing but only in metropolitan areas. We were never apart during the childhood, but in youth yes, as I had to relocate to other cities for professional reasons between 2007 and 2010. But I kept visiting my hometown every two to three weeks or about once or twice a month. We are together since then and married since 2012.

Our childhood was quite tragic as our parents always fought for no reason. That was the reason that we had decided to ourselves the we are not going to marry but had not shared it with each other. As we grew up, the fights of our parents also kept increasing. This made us discuss, one day, about life. That was the time when we confessed to each other that we're not going to marry, and if we were to marry, we were not going to fight with the spouse in front of children. This was what we both thought, and this made us start liking each other. We were both teenagers then.


FME: Before your relationship became sexual, had you heard/read of incest or relatives being attracted to each other?


FME: When did you first notice an attraction?

I noticed an attraction for my sister when I was 16 and she was 14. She used to come back from school around 6 p.m. everyday and used to change clothes and remain only on slip, which was short enough for me to get aroused. As she was only 14 then, she didn't wear a bra, but she was starting to develop breasts.


FME: How did sexual affection become a part of your relationship?

We started kissing each other on lips, cheeks, neck etc. However, we started having sex only after we were both above 20.


FME: Did you have any negative feelings or reservations or hesitations?

None. We were quite determined.


FME: Some would say that consent is not truly possible in a situation like this and that one of you must be abusing the other. What do you say to that?

Not in our case. She was a little shy in the beginning, but in India, the girls are shy.


FME: Do you, or have you had feelings like this for any other close family members whether they are genetic relatives or not? Any prior experience with family?


FME: How do you describe the lovemaking and relationship now?

She is an ideal girlfriend I could have had. Our marriage is a successful one and we are loving it. I have had sex with other women, too, when I was sent on an official assignment by my company to Australia. But I can be sure that my sister is completely faithful and I would rather like to say that she is my best sex partner and no one can replace her. She has been very cooperative and also understands my fantasies and erotica. It could have been only her and no one else for me. We do not have any affairs or lovers in our lives except for each other.


FME: Does anyone in your life know the full, true nature/history of your relationship?


FME: What kind of steps, if any, have you had to take to keep your privacy?


FME: Do you think consanguineous relationships have some advantages and some things better than unrelated lovers?

Definitely such relationships have advantages. Firstly, you don't have to spend the time and money looking for a stranger to become your spouse. Also, the sex is very pleasurable. The partner is also very compatible.


FME: What is your advice to others who are having feelings for a genetic relative?

Be careful before you express your feelings. And if both of you are ready, then plan your career well and also keep it a top secret.


FME: What advice do you have for people who think their friends or family may be in a relationship like this?

Respect the freedom of your friends.


FME: Aside from the law, which I think is ridiculous, can you think of anything that would make relationships like this inherently wrong?


FME: Any plans for the future?

Nothing specific. We aant to lead a happy and successful life, like the one we are leading now. We want to keep meeting in the next lives too.


FME: Anything else you want to say?

There is nothing called as incest as long as both the partners are in agreement. They cannot be called psychos just because their sex partners turn out to be their siblings. Siblings anyways love each other and her; the only extra step they are taking is that they are having sex and look at each other from a spouse's perspective.

So respect people's privacy and freedom and enjoy your life too.

There you have it. Consenting adults who aren't hurting anyone, who have children together, but whose marriage would be declared invalid and illegal if the truth were known.

Why should they be denied their rights? There’s no good reason.We need to recognize that all adults should be free to be with any and all consenting adults as they mutually consent, and part of doing that is adopting relationship rights for all, including full marriage equality sooner rather than later. People are being hurt because of a denial of their basic human rights to love each other freely.

You can read other interviews I have done here.

If you are in a relationship like this and are looking for help or others you can talk with, read this.

Thank you to "Ranger" for doing this interview! If you want to be interviewed about your "forbidden" relationship, connect with me by checking under the "Get Connected" tab there at the top of the page.
3:34:00 PM
Unknown
brother-sister, Canada, children, consanguineous, India, lack of equality harms, love, siblings
Email ThisBlogThis!Share to TwitterShare to Facebook