While flies aren't really my cup of tea, I'm thankful for any insects I find after a long winter like this year's. So while this isn't so satisfying during midsummer... 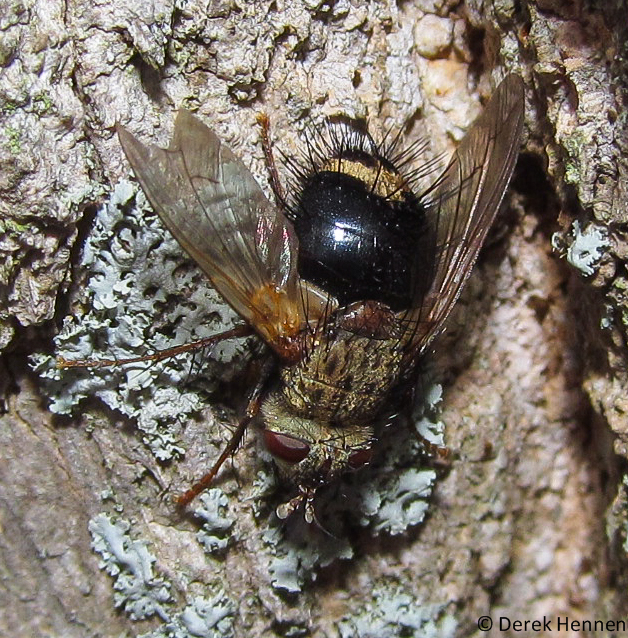 Epalpus signifer, "a sure sign of Spring," according to a friend.
...when we're on the cusp of Spring, I'll take it.
Another early season fly I've come across is a species of fly in the family Bombyliidae, better known as the bee flies. It's a fuzzy yellow species that looks like a bee wearing a fur coat at first glance. A glance is all you'll get, because the little bugger is fast. 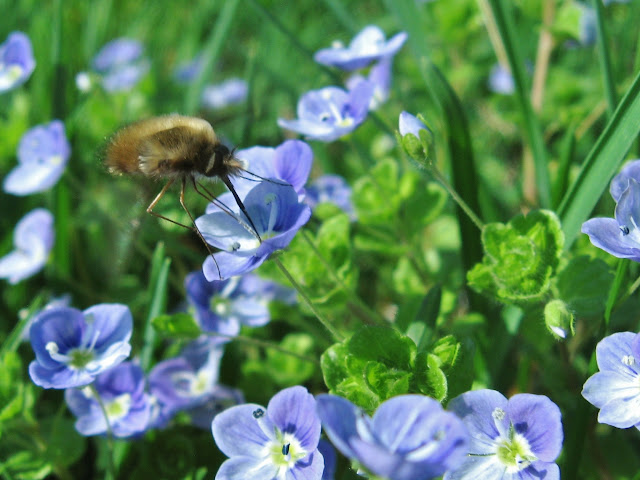 My best photo from last year. Getting some nectar or pollen from a flower.
Today, however, it wasn't fast enough to escape my net. On the third try, at least. There were many hovering near the ground in a field at the Beiser Field Station, so I snagged one and took it home. 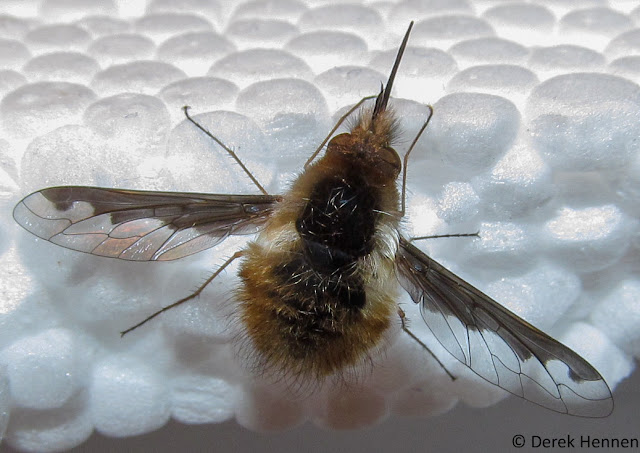 At last--an identifiable picture: the Greater Bee Fly, Bombylius major.
After cooling it down in the fridge, it held still long enough for me to snap some decent photos and I sent it off to BugGuide. I had an identification in less than five minutes, which was super! The Greater Bee Fly is a parasitoid of the larvae of solitary bees and can be seen during early Spring.
The bee flies are an interesting group for sure and are a cool reminder about the diversity of flies. They're more than just fruit flies and house flies! I have one more bee fly I want to find in the coming months, a species that can be found throughout Ohio: the Tiger Bee Fly. It has the coolest scientific name: Xenox tigrinus. 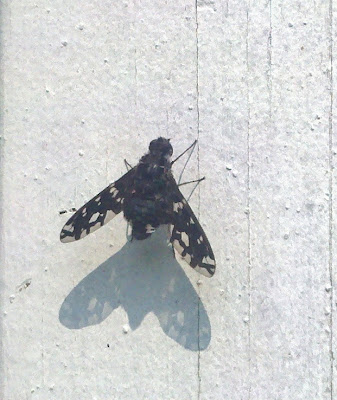