The Arrival of Spring

Both Saturday and Sunday were warm, reaching into the low 60s (degrees Fahrenheit), which caused some insects to burst forth from their winter hiding places, much to my delight. 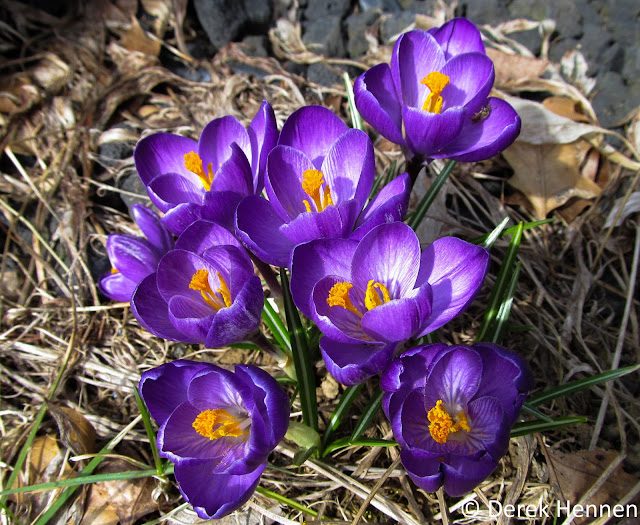 The Crocus flowers burst forth too!
I found a few beetles and bees during the day, but the night revealed a few more insects that were attracted to my porchlight. 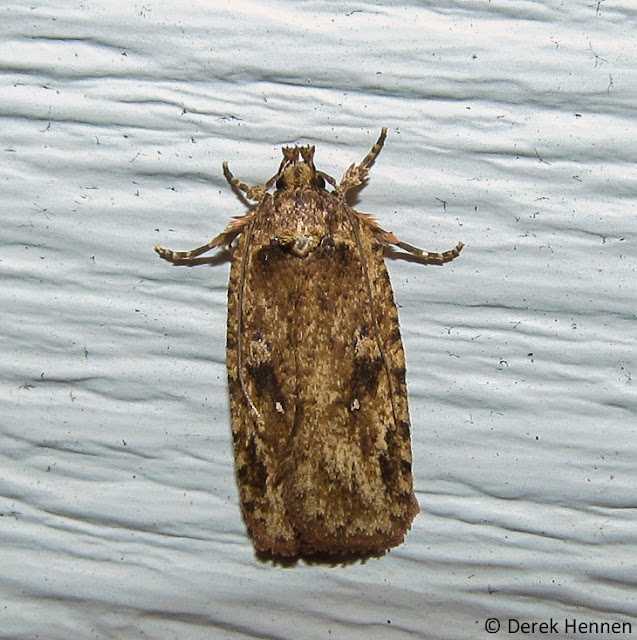 The above moth is probably a grass miner moth in the family Elachistidae. It's furry and kind of cute, though the white spots on its forewings sort of look angry if you look at the dark spots above them. 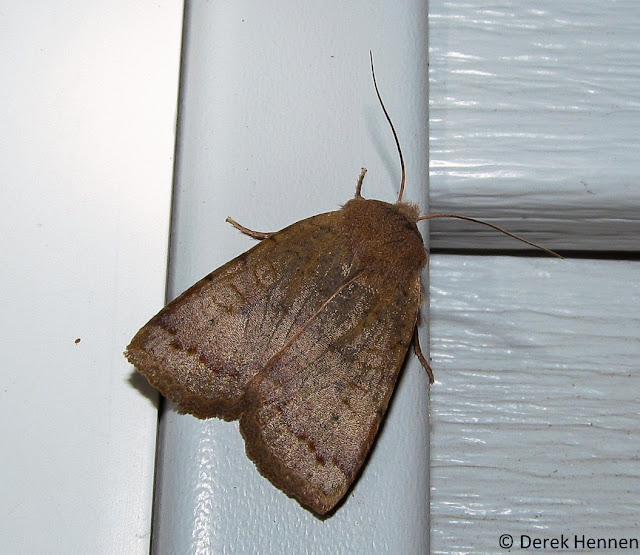 No oatmeal here--this Gray Quaker, Orthosia alurina, is a moth I usually see in early Spring. This one arrived three days earlier than the individual I saw last year. 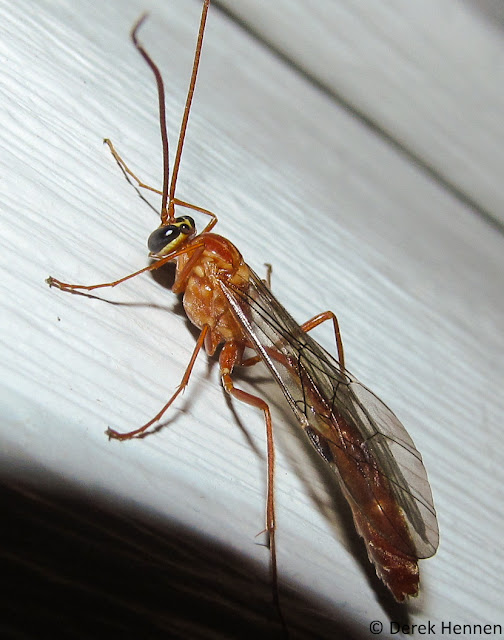 This wasp is only a day earlier than last year. It's in the family Ichneumonidae and is probably in the genus Ophion. The Ichneumons can be tricky and I need to double-check this identification. It's a very pretty wasp and is harmless to humans, instead being a parasite of caterpillars. 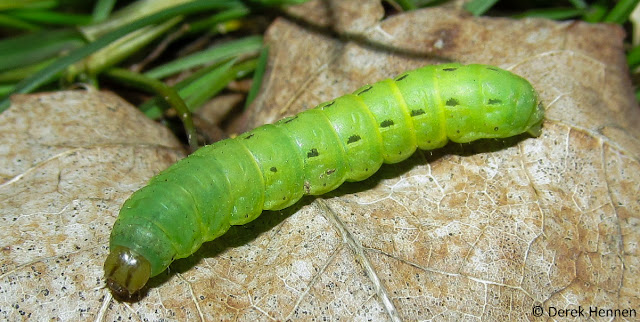 And finally, we have this pretty green caterpillar. It almost eluded me, camouflaging itself against a dead brown maple leaf. (Hey, it was dark outside and not easy to find small critters.) I think it's a Noctuid caterpillar. I moved the leaf after taking this shot and found another smaller individual on a blade of grass, had to be an earlier instar.

It was so exciting to finally see some insects out and about after this long winter. I'm already getting materials together to build a moth trap and mapping out places I want to go collect and photograph insects. Let's hope this warm weather continues!
6:01:00 PM
Unknown
backyard biology, Ohio
Email ThisBlogThis!Share to TwitterShare to Facebook