Assuming Spring was about to start when it was warm a few weeks ago was a miscalculation on my part. Between then and now, it got cold again, dumped a bunch of snow on Ohio, and now the weather is tantalizingly warm again. The question being, will it continue that trend?

Hopefully it will. It hit the mid-60s today, and the temperature tonight has hovered around 50 degrees. Would any moths be out? I turned on the light to see. 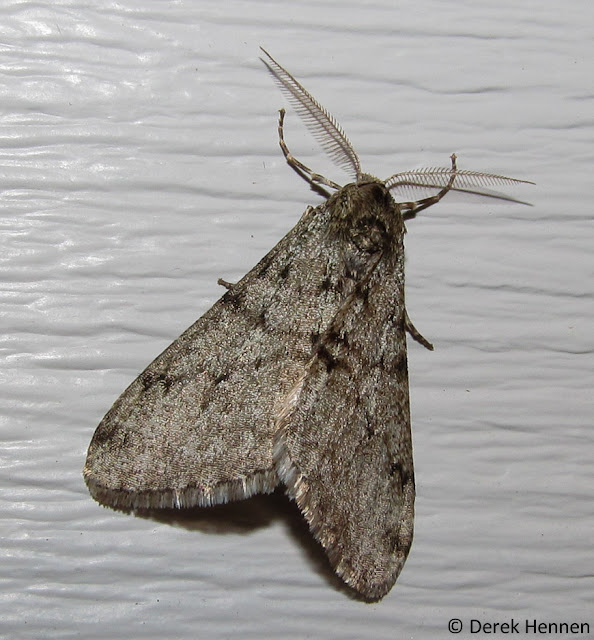 Bingo.
A few moths were out, and my hopes for the bug season rose again. It's difficult to describe just how antsy I get after the absence of insects all throughout winter, so finding anything after months and months is exciting. 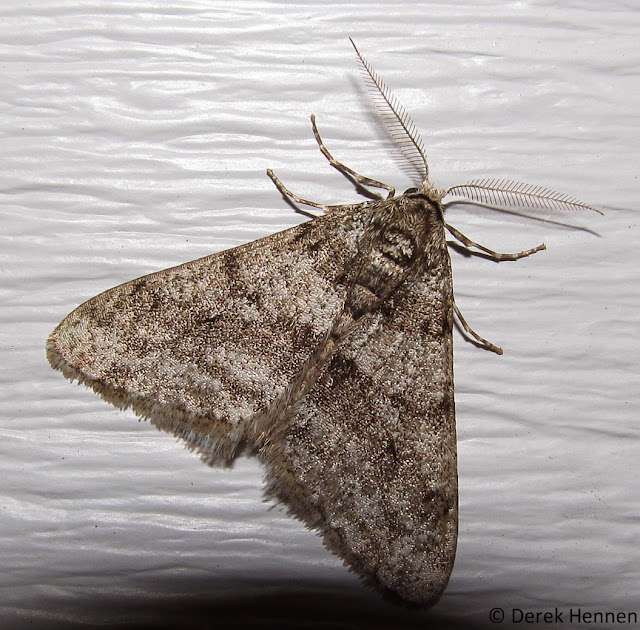 This similar moth was also attracted to the light. I like how well its antennae show up in this photo, they're distinctly pectinate and large, meaning it's probably a male. Their larger antennae help them sense the female's pheromones so they can find each other for some hanky panky. 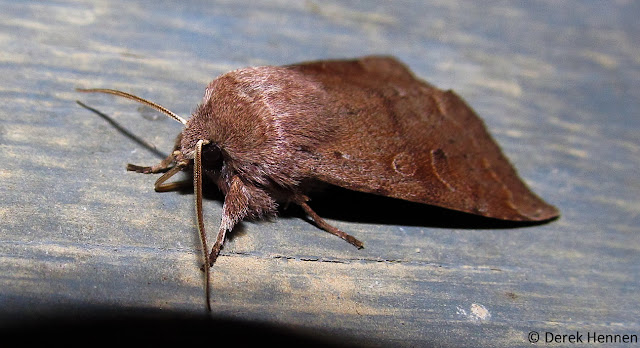 And of course, an early-season mothing attempt wouldn't be complete without an appearance of the Gray Quaker, Orthosia alurina. I would have gone with a common name more along the lines of Maroon Quaker, but whatever. This species showed up earlier in the moth, and it looks like this time it was sucking on the deck with its tongue. Delicious.

I'm excited to see what else I might find this season. I've got a small list of species I want to find, and I have a black light now! That should nab me some species I haven't found before.
5:17:00 PM
Unknown
backyard biology, moths, Ohio
Email ThisBlogThis!Share to TwitterShare to Facebook