Tranquil, beautiful and sometimes hidden in the clouds, Oudomxay is located in the heart of northern Laos and is one of the most accessible of the far northern provinces. The rugged mountainous landscape has peaks up to 1.850 m covered in varying forest types and widen fields. The province’s three main rivers are Nam Ou, Nam Beng and Nam Tha, Oudomxay is mainly populated by the Khmu, Hmong and lowland Lao, with a total of 23 ethnic minorities, each with their own languages, cultural heritage and lifestyles. 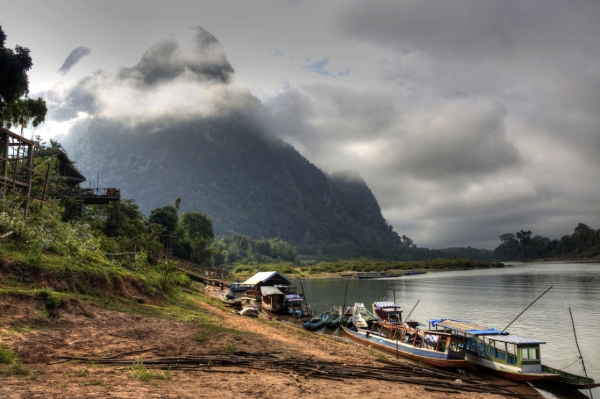 In Muang Xay, the provincial capital, visit the Chinese market next to the Kaysone monument to see a variety of local products from Oudomxay as well as imported Chinese goods. Take a walk outside of town to see That Phouxaya a top the mountain overlooking Xay for a birds-eye view of the surrounding valley.

The countryside around Xay has several beautiful natural features to visit, including Tad Lak Sip-et (kilometer 11 waterfall) set in a stunning limestone environment, and the peaceful Houay Nam Kat Waterfall. Chom Ong Cave is situated 45km from Oudomxay near the Khmu village of Chom Ongthai. Entering the cave you can follow the spring of the Nam Kaeng River for 1.600m passing through large halls with heights of up to 35m and widths of 20m. Visit the therapeutic baw nam hawn (hot springs) on the road to Phongsaly in Muang La to soothe aching muscles, or the Singkham Buddha Cave that was used to safeguard historical arte facts during the war. Ban Na Xieng Di has some interesting archaeological sites believed to date back about 500 years. Also unique is the Buddha footprint or phabath found in Bang Nong Nha. 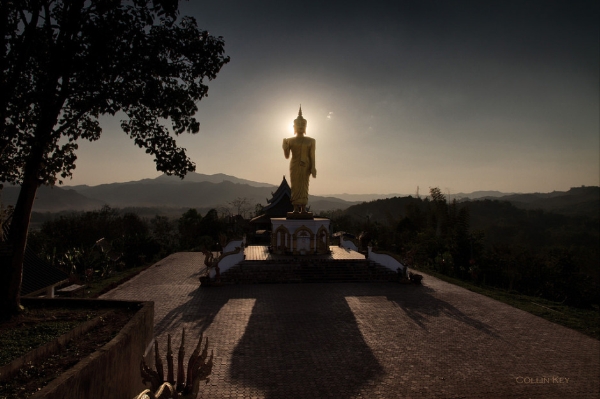 Pakbeng, located at the confluence of the Beng and Mekong Rivers is set on a scenic curve of the Mekong shrouded in green mountains. Explore Pha Ho-Pha Hong Cave in Beng District, or experience the shared Lao and Chinese heritage at Ban Theio or Ban Nam Xeng. Visitors can spend time in La District trekking to minority villages in remote and picturesque locations. If you are in Oudomxay during December inquire about the dates of the annual Hmong and Khmu new years celebrations, colorful festivals that include music, trade fairs and lots of local food and drink. 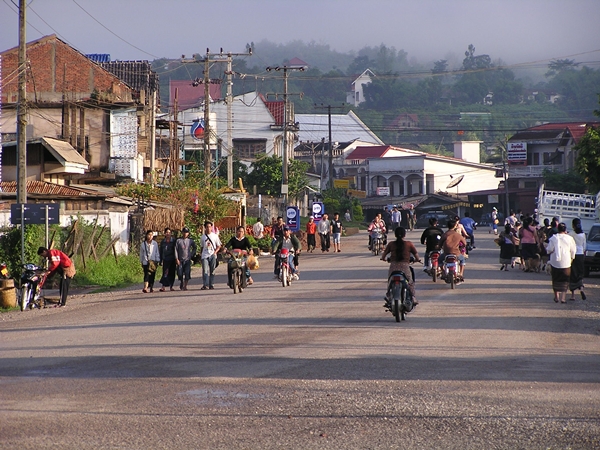 Oudomxay Province is famous as one of the places where ancient bronze drums were cast, which have been a symbol of status and wealth for centuries. Master drum makers continue to make these beautiful drums and purchasing a new drum supports this disappearing cultural heritage. Ban Bo village is well known for skilled handicraft production, especially rattan and bamboo basket weaving. Other quality local handicrafts include cotton weavings and shoulder-bag production, salt making, mulberry paper and silk products.

Explore northern Laos’s largest labyrinth, journey to a cave that acted as a wartime hideout, join a hands-on handicraft workshop, trek to Nam Kat Waterfall, and select from four natural and cultural excursions in Muang La.

Hundreds of grottoes pock Laos’s mountains, but few compare to the Chom Ong Cave system located some 45 km from Xay Town. Spelunkers have investigated 13.5 km of the roomy underground maze with overlaying halls, which run along a 4 km long mountain ridge. Several side corridors remain unexplored, though one that was rediscovered ends in an 18 metre drop to the Nam Kaang River, which flows through the lower areas of the cave system. An hour-plus hike leads to the stream inlet in the north, and a full exploration with equipment can take eight hours before exiting at the river’s southern end. 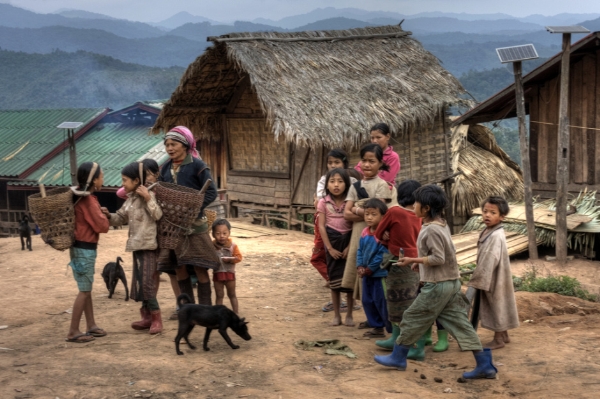 Handicraft hounds heading to Oudomxay can strike the mother lode 57 km south of Xay Town in the ethnic Tai Lue and Khmu village of Ban Yor. A hands-on pottery workshop shows you where villagers find the clay, how they gather and prepare it, and how to distinguish various types of clay and the different styles of pottery and bowls. The course culminates in throwing and decorating your own pot. Those curious about cotton can participate in three separate workshops, where eager weavers learn to yearn, dye, and weave cotton. The end result is a piece of handmade cotton cloth you can call your own.

Those stopping overnight at Pakbeng on a Mekong cruise have a great reason to spend a full…Khamtan Buddha Cave. Half and full-day tours take you to the hidden haven for locals during the Indochina War. Prayers to Buddha asking for protection from the bombings led to its name, “Phachao (Buddha) Khamtan (Valuable Protective Shield)”. Tour depart from Pakbeng by tuk-tuk to Pak Ngeuy and its two temples before a short boat ride and walk along the Mekong to Phachao Khamtan Cave. The full-day tour follows the same itinerary before trekkers embark on a 5-6 hour march through nature. You can follow to local guide on the high or low path from Ban Faen village, but both one-day treks lead to Nam Kat Waterfall buried in old-growth jungle in the limestone outcrops east of Oudomxay Town. Massive boulders surround Nam Kat’s 20 metre cascade, and create a series of smaller cataracts. The easier 13km path follows the stream, along which you can see a large variety of colourful small fish. The rough 13,5 km route, with a 500 metre ascent over Phou Pha Daeng Mountain, presents far-reaching views before descending to the falls and a dip in its pool. Back in Ban Faen, shop for quality bamboo handicraft. 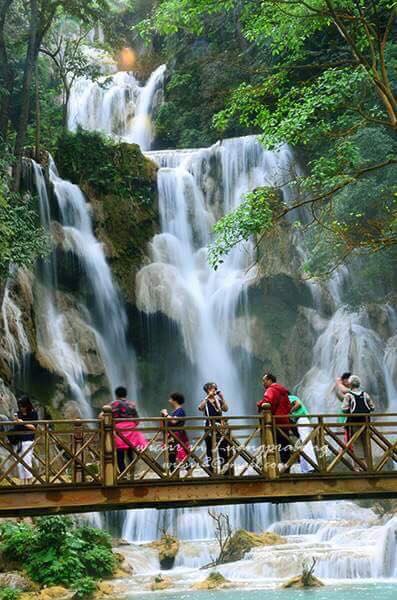 Muang La, 28 kilometres from Xay Town, offers four tour packages with English-speaking guides that take you into the district’s mountains and cultural diversity. A one-day tour visits ethnic villages and Singkham Temple with its 400 years-old Buddha images, hot springs, Nam Kai Waterfall, and Phachao Singkham Buddha Cave. Other day tours head to Phavi Village and a Khmu ethnic experience before trekking to Houay Kai Waterfall, and No Village to uncover the ethnic Akha’s way of life. A two-night, community-based tour focuses on the ethnic Khmu with overnight stays in two villages and treks to Phachao Singkham Buddha Cave and Houay Kai Waterfall.