The previous post looked briefly at the post World War 2 genesis of the European Union (EU) and noted the Treaties creating and empowering the EU and how Parliament has enacted legislation to give effect to them - e.g. European Communities Act 1972.


As even a brief look at the Treaties will demonstrate, the Union has enormous power and influence in so many areas of crucial importance.  The infographic published by the Delegation of the EU to the United States is a clear presentation of the economic importance of the EU.  Please also see the Europa website - The European Union.

The Treaties are the basic law of the European Union.  This post takes a necessarily brief look at them and notes some of the key features.  The law of the EU is a very extensive subject.  For detailed analysis see texts such as Professor Robert Schütze EU Treaties and Legislation, EU Law: Text, Cases and Materials (Paul Craig and Grainne de Burca) and also European Union Treaties. by Rudolf Geiger, Daniel-Erasmus Khan and Markus Kotzur.

Link to the Consolidated Versions of the Treaties.

The Treaty on the Functioning of the European Union (TFEU) contains a Preamble (setting the scene) and 7 Parts.  Each Part divides into Titles.  There are also 37 Protocols; 2 Annexes and 65 Declarations.

The Preamble essentially sets the scene and refers to matters such as a "new stage in European integration", rights of workers, common foreign and security policy, "progressive framing of a common defence policy", free movement of workers and "ever closer union among the peoples of Europe."

Art. 1 - "By this Treaty, theHIGH CONTRACTING PARTIES establish among themselves a EUROPEAN UNIONhereinafter called the Union, on which the Member States confer competences to attain objectives they have in common."  Therefore, in establishing the Union it is made clear at the outset that the competencies given to the Union derive from the Member States.

Art.3 - goes on to offer freedom of movement of persons but subject to certain limitations including "prevention and combating of crime"; an internal market; economic and monetary union (the euro).  Art.4 requires member States to take any appropriate measure to fulfil treaty obligations.  Art 5. tells us that use of union competencies is governed by the principles of subsidiarity and proportionality and Art.6 refers to the Charter of Fundamental Rights of the EU and also commits the Union itself to accede to the European Convention on Human Rights.

Title II - (Arts. 9 -12) - deals with democratic principles.  Every national of a member state is ALSO a citizen of the Union.  The functioning of the union is founded on representative democracy.

The European Council comprises Heads of State or government and  gives general political direction and sets priorities. It does not have legislative functions.  The Council membership is at Ministerial level and so the actual attendees vary according to the subject under discussion.   Those attending have to be empowered to commit the member state which they represent.  The Council works jointly with the European Parliament on legislative and budgetary functions.

The European Parliament, acting jointly with the Council, has legislative and budgetary functions.  It comprises 750 members elected directly by citizens of the member states.  Parliament may pass a Vote of Censure on the Commission and this requires the Commission as a body to resign.

The Commission - is the engine room of the Union.  It takes initiatives to promote the aims of the Union and ensures the application of the Treaties.  Union legislative acts may only be adopted on the basis of a Commission proposal (unless the Treaties provide otherwise).  Commissioners have to be chosen on the ground of their general competence and European commitment from persons whose independence is beyond doubt.  Commissioners do NOT represent particular governments since the Commission must be independent.


The Court of Justice of the European Union (CJEU) includes the Court of Justice, the General Court and specialised courts. It shall ensure that in the interpretation and application of the Treaties the law is observed. Member States shall provide remedies sufficient to ensure effective legal protection in the fields covered by Union law.  There is at least one judge per member State and they are assisted by Advocates-General.

The court is empowered to (a) rule on actions brought by member states, institutions (e.g. the Commission), or natural or legal persons; (b) give preliminary rulings, at the request of courts or tribunals of the member states, on the interpretation of union law or the validity of acts adopted by the institutions; (c) rule in other cases provided for in the Treaties.

The has made some immensely important decisions when exercising its right under the Treaty to ensure that the law is observed.  The principle that the law of the Union is superior to national laws was established by the court some 9 years before the accession of the UK in 1973.  The case is COSTA v ENEL [1964] ECR 58.  It has been said that, in order to be effective, Union Law has an existential need for supremacy.  If it were not so, individual Member States would continually be able simply to "do their own thing" regardless of the EU position and the effectiveness of the union would be seriously undermined.

The Supremacy of Union Law was at the heart of the extensive and costly Factortame litigation where the court affirmed the jurisdiction of national courts such as the House of Lords to override national legislation where necessary to enable interim relief to be granted in protection of rights under Community law.

Title IV (Enhanced Co-operation) and Title V (Union's external action and Common Foreign and Security Policy) are not addressed further in this post.

Title VI Final Provisions - gives the Union legal personality of its own.  This enables the union to deal on the international plane either with National governments or international institutions.  Any such action must, as always, be permitted by the EU Treaties.  Title VI also contains the procedures for amending the Treaties.

Article 49 deals with applications by States to join the EU.

Article 50 deals with withdrawal by a member state from the union.

May a Member State be expelled from the EU?

NO.  The Treaties contain no expulsion mechanism.  As pointed out in a post on EU Law Analysis (28th June 2015) - "Article 50 says that a Member State ‘maydecide to withdraw from the Union, in accordance with its own constitutional requirements’. This is manifestly a voluntary choice. There are no rules in the Treaty stating that a Member State ‘shall’ withdraw from the Union in any particular circumstances.

: Treaty on the Functioning of the European Union :

This is by far the more extensive of the two treaties and it is here where the sheer scale of the remit granted to the union by the member states is to be seen.

Part One Title I - deals with the competencies of the Union and gives the union exclusive competency in several key areas - e.g. customs union, competition rules necessary for the functioning of the internal market, monetary policy for those member states whose currency is the euro etc.  Then there is shared competency in other areas - e.g.the internal market; environment; consumer protection; transport; energy; the area of freedom, security and justice etc.

Part Three Title V is concerned with an Area of Freedom, Security and Justice including judicial co-operation in civil and criminal matters and Police co-operation.

Part Six Institutional Provisions - Art. 288 - to exercise the Union's competencies the institutions shall adopt regulations, directives, decisions, recommendations and opinions.  This infographic shows the process for the creation of most EU legislation.

A REGULATION shall have general application.  It shall be binding in its entirety and directly applicable in all member States.  Thus, once the EU has enacted a REGULATION it has to be applied throughout the union and national courts may apply it without the need for national legislation to implement it.  In the UK, the Economic Communities Act 1972 (ECA) contains Parliament's express endorsement of this position - see section 2(1).

A DIRECTIVE shall be binding, as to the result to be achieved, upon each member state to which it is addressed, but shall leave to the national authorities the choice of form and method.

In the UK, Parliament will enact legislation to give effect in national law to directives and the Economic Communities Act 1972 contains a provision to enable this to be done by means of Order in Council or by "order, rules, regulations or scheme" - ECA section 2(2).

Failure by a member state to implement a directive within the required timescale can result in the state being liable to individuals under the so-called FRANCOVICH principle.  This is another example of how the Court of Justice has developed the law so as to ensure its effectiveness throughout the Union.  The case is Francovich v Italy [1991] ECR I - 5357 or [1993] 2 CMLR 66.  The principle has been refined by subsequent cases.

Recommendations and opinions have no binding force.

Europa - Links to all the EU Institutions 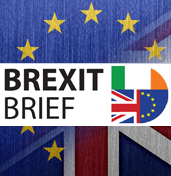 4:18:00 AM
Unknown
english, Laywer
Email ThisBlogThis!Share to TwitterShare to Facebook