Count 3 is a "money laundering" offence under the Proceeds of Crime Act 2002 section 327.

3 of the men - John Collins, Daniel Jones and Terence Perkins - were sentenced to 7 years imprisonment on Count 1.  The maximum is 10 years and the judge allowed a 30% discount for their guilty pleas.  They were also guilty on Count 2 but this will "lie on the file" not to be proceeded with unless leave is granted by the Crown Court or the Court of Appeal (Criminal Division).  These three men had pleaded guilty.

It was reported by the Daily Mail that Doyle, whilst on his way to court for sentencing, went on Twitter  to try to "drum up trade" for his plumbing business.  The newspaper also reports that he is "gutted" by the guilty verdict.

Deprivation Orders under the Powers of Criminal Courts (Sentencing) Act 2000 s.143 apply to all and Confiscation Proceedings are on-going.  In respect of Doyle, the judge considered that he was not caught by the Anti-Social Behaviour, Crime and Policing Act 2014 s.22 (Criminal Behaviour Orders).  The other 5 came within the terms of s.22 but, on the facts of the case and on the basis of the sentences handed down, the judge did not make such orders.

The sentencing process involved both the prosecution and the defence making written submissions to the court as well as submissions in open court.  The maximum sentence for conspiracy to commit an offence is the same as the maximum for the completed offence.  (Interestingly, the burglary was completed and many items removed from the vault.  A burglary is actually complete when D enters any building or part of a building as a trespasser and with intent to steal anything in the building or part of the building).

Clearly, this burglary was very serious involving high value property, concerted action by a group of men and there was sophisticated planning with appropriate tools being obtained to break into the vault.   The burglary took place after the staff had left the premises.  There were no weapons involved and nobody received any injuries.  CCTV is installed and monitored by an external company.

Reaching a starting point for sentence -

One would naturally expect the judge to reach a "starting point" for sentencing toward the upper end of 10 years.  The prosecution urged the judge to sentence outside the Sentencing guidelines for burglary cases and to use 10 years as the starting point.  The defence argued that, even if the case merited a departure from the guidelines, the maximum possible term should be reserved for even worse cases.  The judge was satisfied that it would be contrary to the interests of justice to
follow the definitive guideline, which was simply not designed with a case of this scale in mind. Further he was satisfied that nothing other than the maximum sentence permitted by law would be appropriate as a starting point for anyone convicted of conspiring to take part in this exceptional case.
(Note on Guidelines - According to the Coroners and Justice Act 2009, when sentencing an offender for an offence committed on or after 6 April 2010, a court must follow any relevant sentencing guidelines, unless it is contrary to the interests of justice to do so).

It is usual practice to allow a one-third discount for an early guilty plea.  The prosecution argued that in the cases of Collins, Jones and Perkins the full one-third should not apply but that 20% should apply instead on the basis that they faced an overwhelming case.  Having considered the law - including Caley and others v The Queen [2012] EWCA Crim 2821- it was decided to allow a two-third discount and the sentences were reduced from 10 to 7 years.  On the question of "overwhelming case" see Caley at paragraphs 23 to 25.

The prosecutor's role in sentencing:

The prosecution submissions in this case are interesting.  The prosecutor's role in sentencing is essentially one of assisting the court to reach a just sentence - see the Attorney-General's Guidance.  The guidance states that - "The prosecution advocate represents the public interest, and should be ready to assist the court to reach its decision as to the appropriate sentence."  See also Crown Prosecution Service guidance.  [The older Farquharson Guidelines are here].

A recent seminar held at Wadham College, Oxford looked at the changing role of the prosecutor.  Traditionally, the prosecutor played a fairly passive role in the sentencing process drawing to court's attention to sentencing precedents etc.  Now we see a prosecutor pressing for a particular level of sentencing and arguing for a lower discount for guilty plea.  One factor in the change is the modern emphasis on victims and putting their viewpoint to the court.

In this case the judge concluded that he was not sure that Doyle's behaviour was likely to have caused distress to victims but, on the other hand,he was sure that behaviour of Collins, Jones, Perkins, Wood and Lincoln caused distress at the very least to the victims of the burglary. 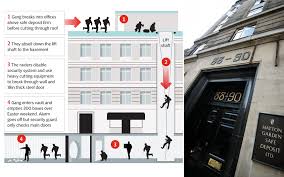 4:07:00 AM
Unknown
english, Laywer
Email ThisBlogThis!Share to TwitterShare to Facebook