The all-new Kia Optima Sportswagon, Kia's first ever D-segment tourer, will make its global premiere at the 2016 Geneva Motor Show (86th Salon International de l'Automobile) on 1 March. The car is inspired by the 2015 SPORTSPACE concept which was shown for the first time at the 2015 Geneva Motor Show. The Optima Sportswagon offers the striking exterior design and high quality interior of the 2016 Optima sedan, with the added practicality and appeal of a tourer bodystyle. According to Michael Cole, Chief Operating Officer, Kia Motors Europe:

"The Optima has come to define Kia globally, and is credited with kick-starting the brand's design-led transformation. The SPORTSPACE concept from 2015 was a clear intention of where we wanted to take the Optima next, and the Sportswagon adds an extra level of style and practicality to the well-received sedan."

It should be noted that in Europe, two thirds of all sales are in the D-segment, and three quarters of all fleet sales in this class, are made up of tourers The car will be available with a choice of efficient and responsive gasoline and diesel powertrains, including a high-powered GT model. 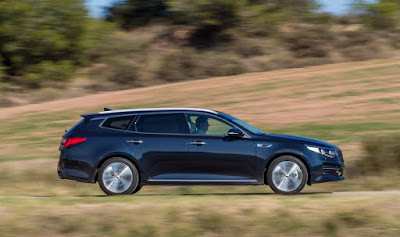 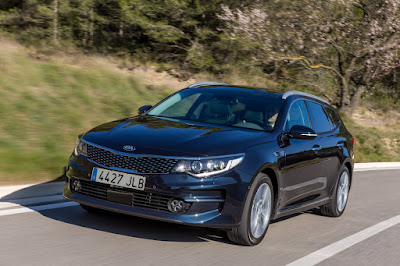 The Optima Sportswagon is due to go on sale across Europe in Q4 2016.
9:11:00 AM
Thượng Võ
kia, launch
Email ThisBlogThis!Share to TwitterShare to Facebook