To Know Polyamory Is to Love Polyamory 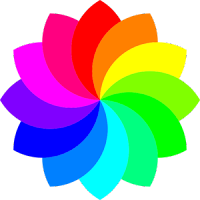 This is why visibility is important. Stephanie Pappas reports at livescience.com that the more people are familiar with polyamory, the less stigma remains.

Chances are, the more you know about the relationship style called polyamory, the more accepting you are of such setups, according to new research. The findings echo what psychologists know about how people respond to gays, lesbians and other sexual minorities: The greater the familiarity, the less severe the stigma.

Likewise, the study found that "the more aware people were of polyamory, the more positive their attitudes were," Giuliano told Live Science.

That is why it is good to see polyamory depicted on television, in movies, etc.

It's unclear how many people identify themselves as polyamorous, but a 2013 study in the journal Analyses of Social Issues and Public Policy estimated that between 4 percent and 5 percent of people in the United States are involved in some sort of consensually nonmonogamous relationship.

Polyamorous people are everywhere. Everyone reading this knows someone who is polyamorous, even if you're not aware of it.