Monitoring your website's performance shouldn't be a chore but a necessity. After all, how else will you know how to serve your audience better - and acquire new ones - if you don't know how they get to you, what they do on your site and who they are? Google Analytics is a tool that does all that, but despite its sophistication, your account can be suspended for invalid activity.


This is the one thing that you have to avoid because the process of reinstating your account may take a while. That said, how can you detect invalid activity?

Before answering the question, here are some terms that you need to familiarize yourself with as they will appear throughout the rest of this post: 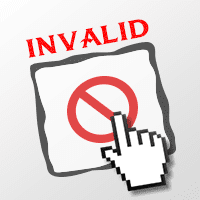 1. You have a CTR above 20%. The normal range for CTR is 1% to 11%, but anything above these tells Google that there is something iffy and that may not bode well for you. So, if you notice this, make necessary changes so that you maintain a healthy CTR.

2. You have a lot of clicks but no CPC. As in, your assigned CPC is 0.00. For example, if you get about 50 clicks and don't have a CPC set, that tells Google that something funky is going on and they will not hesitate to take action. Keep in mind that they do take matters like this seriously, and which is why they employ both human and machine checking to analyze clicks and impressions.

4. You have many clicks from one country but less pageviews. Google operates on the belief that if a user clicked on an ad, they are interested in what it has to say. So, if the pageviews are really low, that sends a wrong signal to Google and causes them to think that something fishy is happening.

So, make sure to check your AdSense performance regularly so you can spot discrepancies and address them as soon as possible before Google decides to suspend your account.
10:36:00 AM
Unknown
adsense, Information, MMO
Email ThisBlogThis!Share to TwitterShare to Facebook