I have written repeatedly that the term "glitch", an often-seen euphemism (usually accompanied with the phrase "but patient care/patient safety was not compromised"), is really a term for life-threatening health IT bugs and malfunctions.  See query link http://hcrenewal.blogspot.com/search/label/glitch for examples of health IT "glitches" (retrieves multiple posts). 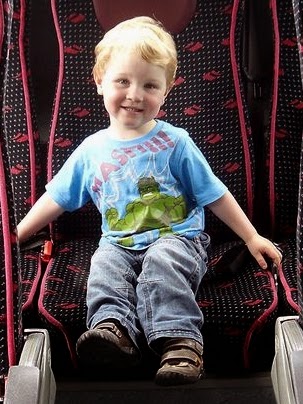 Here's a "glitch" that tragically killed this boy:

A three-year-old boy died in his parents' arms after a new NHS computer system failed to schedule him for a vital heart scan, a coroner has ruled.

Samuel Starr was born with a congenital cardiac defect and needed surgery not long after he was born in 2010.

Although he made a good recovery doctors said he would need regular tests to check on his progress.

But he did not have a scan until 20 months after his first major operation because of a delay following the introduction of a new computer system, Cerner Millennium.

When he finally had the appointment doctors found Samuel needed open heart surgery. During the procedure, Samuel had a stroke.

A month later, after further complications, he died in the arms of his devastated parents, Catherine Holley and Paul Starr, at Bristol Royal Hospital for Children.

There are some in my field who would (and have) called incidents like this "anecdotes" or "bumps in the road."

Yet, as I've recently posted, an internationally-renowned healthcare safety tester, ECRI Institute (http://hcrenewal.blogspot.com/2013/02/peering-underneath-icebergs-water-level.html), and the medical malpractice insurer of the Harvard medical community, CRICO (http://hcrenewal.blogspot.com/2014/02/patient-safety-quality-healthcare.html), have confirmed cases like this are no mere anecdotes.  I estimate from their numbers, and from cases known to me personally and from descriptions of others, that on the order of ten thousand (that's likely low) patients annually are being injured and/or die as a result of bad health IT in the U.S. alone.  Lack of transparency about such incidents impairs knowing the true numbers.

Ms Holley wept as she told the hearing of the moment she kissed her son goodbye, saying: "He was a kind and gentle boy with a great understanding of the world.

"As we read Samuel his favourite stories, he died in our arms."

Avon Coroner Maria Voisin, recording a narrative conclusion, ruled the booking system meant Samuel was not seen and did not receive treatment.

This case somewhat reminds me of the case of a newborn whose x-ray test was done, but never looked at due to a bug in the software that scheduled films to be read, see http://hcrenewal.blogspot.com/2011/06/babys-death-spotlights-safety-risks.html, case #2

Concluding a three-day inquest at Flax Bourton Coroner's Court in North Somerset, Ms Voisin said: "Samuel Starr was born with a complex cardiac disease. "He required surgery and regular check-ups at outpatients to manage his conditions.  "Due to the failure of the hospital outpatients booking system there was a five month delay in Samuel being seen and receiving treatment. "Samuel's heart was disadvantaged and he died following urgent surgery."

Doctors diagnosed that Samuel had a restricted pulmonary artery - causing blood to easily flow away from his heart to his lungs - during a 20-week scan in pregnancy ... On March 3, 2010, Samuel underwent open heart surgery at Bristol Royal Hospital for Children. He was discharged six days later and referred to the Paediatric Cardiac Clinic at the Royal United Hospital (RUH) in Bath for check-ups.

In October 2010, Samuel had his first check-up, in which an echocardiogram, also known as an "echo", was carried out. Ms Holley said she was told the procedure would be next carried out early in the new year.

But it did not happen until April 2011 and an echo was not performed.  Paediatric cardiologist Dr Andrew Tometzki told the inquest he did not "deem it necessary" on that day to carry out the echo scan. Dr Tometzki then ordered a further review - where an echo scan would be carried out - in nine months' time.

Samuel's parents did not receive information about the check-up and raised their concerns with community children's nurse Clare Mees.

Ms Mees, who works for Sirona Lifetime Services, said she would chase up the matter with Dr Tometzki's secretary.

Medical secretary Annabelle Attridge insisted she had taken details and forwarded them on to a dedicated appointments team.

However, the inquest heard "glitch problems" with a new booking system meant the appointment was not logged.

Apparently not due to human fault:

Paediatric clinic co-ordinator Donna McMahon said while Samuel's medical records had been created on the new Millennium computer programme, no appointments had been transferred across.

Ms McMahon said she was first aware of the appointment delay when she received an email from nurse Ms Mees in May 2012.

Samuel did not have the vital check-up until June 21.

Coroner Ms Voisin added: "This overall failure led to a five month delay in Samuel being seen by his cardiologist.

"This meant Samuel had not been seen for five months and had not had an echo for 20 months."

His parents were horrified when Dr Tometzki informed them Samuel required heart surgery that spring.

... "Just hours before his operation Samuel was dancing around the ward and telling the nurses all about Spiderman - we had to remind him to quieten down," Ms Holley said.

Samuel's chest was closed on August 8. As he was brought out of sedation on August 9, he suffered a stroke and cardiac arrests.

"It is clear that if the surgery had been performed earlier, the procedure would have been the same," Ms Voisin said.

But she said expert evidence found that as time went on "the more complicated the surgery is, as the more disadvantaged the heart is and the more difficult it is to get over the operation".

Delays in care of fragile patients - in this case a young child, but in many other cases, ED and ICU patients of all ages - is very unwise.

Samuel's condition continued to deteriorate and on September 6 his parents were recommended for treatment to be withdrawn after he had a second cardiac arrest.

The coroner said she would not write a report making recommendations to the hospital, as changes had already been implemented.

In my view, many cases such as this never make headlines, as the findings ignore the role of the IT and blame people, cases are settled with gag clauses, patients (who survive) or family are never told of the role of the IT, or lawsuits prove too expensive or too unpleasant to pursue.

But patient safety is never compromised by "glitches", and regulation will just stifle innovation.

My condolences to the parents.  I've suffered a death in my own family as a result of health IT, and I'm a specialist in the field.  Laypeople have no chance.

One should pray the next child affected in this way is not one's own.

North Bristol Hits Appointment Problems: Another "Our Lousy IT Systems Screwed Up, But Patient Safety Was Never Compromised" Story
http://hcrenewal.blogspot.com/2012/01/another-our-crappy-computers-screwed-up.html